Our world has shifted in significant ways since the pandemic emerged in March. Then the needle moved even further away from “before” to a whole new normal in June with Black Lives Matter protests erupting across the nation. As a freelance book designer and someone who’s creative, I was curious about how creative leaders in publishing have been responding to the shifts and wanted to find out how these issues might be affecting their creative process.

This series will present interviews with three creative leaders during August 2020.

Jennifer: Thank you for talking with me. To begin, explain who you are and how you found yourself working in publishing in the Bay Area.

Iain: I’ve been the VP of Creative for six years at Cameron + Company. I was born and raised in England and landed my first job at Dorling Kindersley’s children’s reference division. This led to being asked by Lucasfilm Licensing to work on the upcoming Star Wars prequels publishing program in California at Skywalker Ranch. After seeing out those three films, I became the Creative Director at Palace Press (now Insight Editions) for five years and then spent time at Charles Schulz Creative Associates art directing the Peanuts brand worldwide.

Jennifer: In March, as the world went into a worldwide shelter-in-place, we seemed to collectively move to a clear understanding of what is truly essential in our lives. What has been your initial reaction to this?

Iain: I was scheduled to go to the Book Fair in London, and it was canceled. But because my parents live in the South East, and my son is now studying university in England, I decided to go anyway to visit them, knowing things were a little iffy. At that time, the trouble was mainly in China and a bit of Italy, and that was it. The first week I was in England, everything was fine. However, by the second week, there was a steadily increasing nervousness. Then when California went into lockdown, it all went crazy. I was due to fly back on the 22nd of March, and the flight was canceled. Fortunately, via the internet, I found one available flight out that afternoon of the 20th and had to leave straightaway! I packed in four minutes and off we drove to the airport.

Surprisingly, the plane was two-thirds empty. Of course, one of the movies they were playing was Contagion, which I actually quite enjoyed. It was really strange to arrive in California, which had been placed into full shutdown, after coming from England, which had not been locked down at all. Immediately I went into quarantine for 14 days from my family. I stayed in a little room near the garage. I camped out there feeling a bit like a prisoner. My wife would make a meal and leave it by the back door. I worked while I was there and often worked on the deck outside. Those days in March were really cold for California, so you’d find me wearing my gloves and a hat while I worked on the back deck.

Jennifer: With the shelter-in-place, how are you managing your team and the creative flow these days? It’s so helpful to work collaboratively, brainstorm, and find ideas with a group of people.

Iain: You’re absolutely right. For us, it’s been a fairly seamless shift to everyone working from home. Everything just has moved online, and we’re approving proofs online. Printed proofs are sometimes mailed here, and people may come into the empty office and pick up a proof to look at it. I talk with my designers on the phone every other day and check in with them to see how they’re getting on, see if they have an issue, and share work in progress, give feedback. We meet as a group every week and share what we’re doing, and we go through the booklist. Everything is more structured this way. We’re certainly missing the spontaneous office interaction, which I actually prefer, but it’s not the end of the world to be more structured. But I’d say working remotely is not ideal because we’re missing that ebb and flow of information from designer to designer. We’re missing that nice collegiate atmosphere.

Jennifer: How has the pandemic/shelter-in-place affected you and your creativity and ideas? Have you felt inspired—or blocked?

Iain: Amazingly enough, on a personal level, the pandemic has given me an opportunity to be creative in a different way. Suddenly I have had the time to write. In three weeks, I was able to write an entire book, A Field Guide to The Croods: A New Age, which I’m designing as well. It was a lot of work. For most of April, I was in the bunker just writing. With all the extra hours spent working (instead of driving kids to school, etc.), I was able to do it. I’ve been wanting to write a book for a long time.

It was a stroke of luck to have the lockdown hitting while my workload was very full. I have been able to make the most of it. As professional designers, we don’t have the luxury of being blocked. The clients need a design, and we make it. You can’t let the day-to-day worry derail you. I didn’t have that luxury. As someone with a small company, I must concentrate. Fortunately, so much in the projects we take on is visually beautiful—the artwork or photography—so I can usually find inspiration right there.

Jennifer: How has the pandemic/shelter-in-place affected your book list and business?

Iain: Cameron + Company has been fortunate, mainly. We did lose a couple of projects with some museums in San Francisco. Luckily, other projects have taken their place. We work a lot with Hollywood, which generally does well during these kinds of times because people want to be entertained.

I think most publishers would agree that April was very difficult, because everybody was buying toilet paper, not books. Amazon deprioritizing books was a killer as well. However, there have been lots of reports that people are reading more. There are quite a few charity shops in England that sell second-hand books. When I was there in March, you could buy three books for a pound, which is a pretty good deal. Then as COVID-19 was ramping up globally, the price changed to two books for a pound. Even charity shops were gouging, realizing books were a prime commodity.

Jennifer: What books do you think people will want to see in nine months? Looking at your children’s booklist, I noticed that you have a book called When You Breathe, and another one called Brown. Were these recently added?

Iain: These books were already on the list before all of this. Much credit goes to Nina and the children’s books team at Cameron Kids who have made an effort to address those who have been underrepresented. We’ve never shied away from that. A couple of years ago we did Love Is a Truck, which features a brown-skinned little boy who loves trucks. We did a book called Red about a Chinese girl, a kind of Little Red Riding Hood story. Our kids’ team has always been featuring all colors of kids. Brown is a lovely celebration of the glorious array of different brown-toned hues of human skin.

The books When You Breathe and Brown were serendipitous. We were doing what we normally do. However, it is a shorter time to produce a children’s book, so we could respond quickly if we wanted to add to the booklist. This is not so easily possible in adult trade. Those books are generally fairly big and expensive, with a lot of assets to manage.

Jennifer: Would you say that Black Lives Matter has inspired you to shift in any particular way how you work or design?

Iain: I’m certainly having more conversations with clients where an issue, if there is one, or if there is perceived to be one, is raised a lot sooner rather than later. Diversity is coming up in conversation a lot more. So that’s really good. And I think there will be more books printed by Black authors or the Black experience, which is great.

Jennifer: It sounds like Cameron + Company acquires books differently than other publishers, in that many of the books come to you from artists, museums, or movie companies.

Iain: We’ll pick up a few things here and there, but we’re very much client led. Art direction often depends on the client’s artwork. We just published Split Seconds, Hong Kong, a photographer’s grimy backstreet tour of Hong Kong, showing its decrepitude and ultimately revealing how Hong Kong is not the perfect city we usually see but is filled with a lot of inequality and poverty. There were lots of photographs of dirty alleyways and homeless people. It got banned in China, so we couldn’t print it there. We had to navigate Chinese law, and we were finally able to print in Hong Kong—even though that’s technically China. Some of the content was even censored by the government. It was a bit of a mess, but we got it printed in the end.

Jennifer: My last question. Where are you personally getting inspiration? What are you reading, or what is inspiring you right now?

Iain: We’re all certainly hearing more birdsong. I hear the birds and see more animals than I ever have seen or heard before. Also, I’ve become more aware of color. I seem to be more drawn to the colors in the plants, the trees, and the vegetation around me, particularly as spring turned into summer. And it’s been a glorious summer. I’m seeing a lot more color. So for a designer, that’s great, because I’ve become more aware of color and what I’m doing with color.

I just finished the latest Erik Larsen book, The Splendid and the Vile: A Saga of Churchill, Family, and Defiance During the Blitz, which charts Winston Churchill’s first years during World World War II. It’s really fascinating seeing what leadership looked like for a prime minister of England during those very dark months when the people of England thought they would probably be invaded and that Germany was stronger.

I think people are reading more. And I know my daughter is. She’s off school with nothing to do. She can’t really see friends, so she’s decided to read and reread a lot of books that she had lying around in her bedroom. I’m not complaining.

INTERVIEWS BY JENNIFER DURRANT,  Jennifer Durrant DesignJennifer has been designing books and covers since 2008 for Ten Speed Press, Weldon Owen, Cameron+Company, New World Library, McGraw-Hill, and Callisto Media. She is the owner of Jennifer Durrant Design, a full-service design firm. She joined the PPN board in 2020 to help promote PPN’s mission to educate and offer networking opportunities for those who love books. You can contact Jennifer at jenniferdurrantdesign.com. 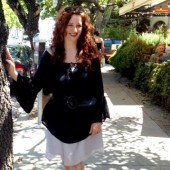 Creating Books in 2020, The New Normal, with Jelani Memory

Creating Books in 2020, The New Normal, with Kelly Booth